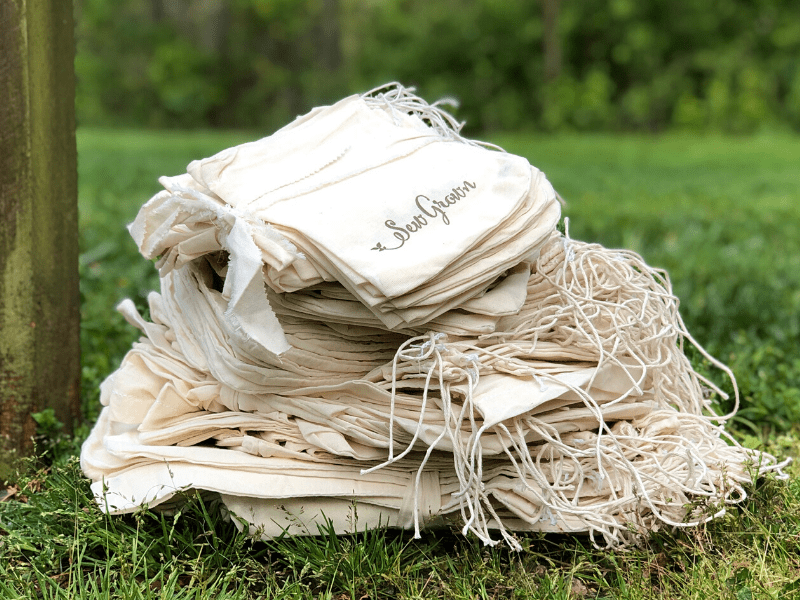 How important is cotton?

Although soft, the cotton fibers present good resistance to traction efforts, which has allowed, since ancient times, its use in the manufacture of fabrics.

Cotton is the fibrous material that involves the seeds of the cotton tree, a plant of the genus Gossypium, family of malváceas. The fibers grow in considerable quantity, adhered to the seeds and enclosed in a capsule, which opens when it matures..

Cotton, according to the oldest documents, originates from India, having expanded, through Iran and western Asia, towards the north and west. Its use in the manufacture of fabrics, in China, dates from 2200 B.C. It was introduced in Greece by Alexander the Great, reaching Egypt, where it produced its best species, in the 5th century B.C.

In Europe, which used exclusively wool as a textile fiber, cotton came to be known from the occupation of the Iberian peninsula by the Arabs, in the IX to XI centuries. In pre-Columbian America, cotton was already known by the natives, who not only planted some species of cotton, but knew how to extract the fiber, spinning and weaving it.

But it was in the 18th century, with the invention of the spinning machine and the mechanical loom by Sir Richard Arkwright and Edmond Cartwright, respectively, and the mechanical peeler by Eli Whitney, that the use of cotton in the textile industry gained momentum.

The cotton plant is a hot weather plant, which cannot stand the cold. The vegetative period varies from five to seven months, depending on the amount of heat received, and requires long, hot and very humid summers. The crop requires soil renewal through the use of fertilizers, crop rotation or simply rest for a certain period.

During the growing phase, the cotton tree is exposed to numerous enemies. Excess or lack of rainfall can disturb the full development of the plant. Another enemy of this crop is the pink caterpillar, which has caused enormous damage, although today this and other pests are fought effectively.

Cotton cultivation requires a large workforce. In medium and large properties, mechanization has attenuated this requirement, especially in the phases of soil preparation and planting. Harvesting, carried out manually in almost all cotton areas, despite the existence of mechanized processes, lasts several weeks, since not all capsules open at the same time.

When the cotton (or apple) capsule matures, it opens its three or five cells, according to the variety, showing the fibrous matter that surrounds the seeds. After being harvested, the cotton is taken to processing plants, where the fiber is separated from the seed. The fiber, raw material for the textile and spinning industries, is also used in the chemical and pharmaceutical industries (aseptic hydrophilic cotton and carded cotton).

The cotton seed, separated from the fiber, is submitted to a second process, called de-linteration. This results in lint, a kind of fluff strongly attached to the seeds, used to fill mattresses, pillows and cushions and to make threads of some types of carpets. Linter is also used in the production of cellulose, of very varied application in the textile industry (rayon and artificial cotton), in the varnish industry and others. It is also the basic material for the production of absorbent cotton, as well as cotton for surgical purposes. In the war industry, it is used in the preparation of gunpowder, because of it explosives are obtained.

The use of cotton seed in food oil production was only possible after its deodorization. It also extracts oils for industrial uses, such as lubricants, and raw materials for the manufacture of margarine, soaps and greases.

The cottonseed cake, the result of the oil extraction process, is used as an ingredient for cattle feed or as organic fertilizer. The peel is valuable as a mineral and vitamin B and C supplement for animal feed, and is also used as an ash fertilizer and as fuel. Although in general they are not used, the remains of the cotton crop, formed by dry fiber rods from the cotton growers, are raw material for paper manufacturing.

The cotton seeds have a toxic principle, the alkaloid gossypol, which appears as a red-brown pigment in cotton oil. Primitive people use the infusion of new fruits or new leaves to cure earache or for post-purpose baths.

Cotton in Brazil. When the Portuguese arrived in Brazil, cotton was already cultivated, spun and woven. With cotton the Indians made hammocks and some pieces of clothing, also using it in torches attached to the arrows.